Posted in Medical Malpractice on March 13, 2014 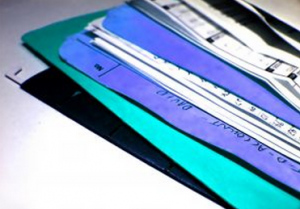 Recently, we reported on the Supreme Court of Tennessee ruling in Myers v. Amisub (SFH), Inc. that outlined the pre-suit notice and filing requirement under the 2008 amendments to the Tennessee Medical Malpractice Act (“Act”).

To recap, Tennessee Code Annotated § 29-26-121 (“§ 121”) requires that an individual initiating a medical malpractice claim serve the medical provider with notice of the lawsuit within 60 days of filing the complaint. Additionally, Tennessee Code Annotated § 29-26-122 (“§ 122”) requires that the plaintiff file a certificate of good faith with court confirming that the plaintiff has consulted with an expert about the good faith basis for the law suit.

Within the last several months, the court has ruled on the dismissal in two more cases. Given the number of recent cases facing dismissal, it is critical to understand the nuanced requirements of the Act when bringing a medical malpractice claim in Nashville or surrounding areas of Tennessee. If you have been injured due to a medical procedure, it is important to speak with a qualified medical malpractice attorney who will protect your case and get you the compensation you deserve.

In one of the cases, Stevens v. Hickman Community Health Care Services, Inc., the Supreme Court of Tennessee held that the plaintiffs’ failure to provide a compliant HIPAA authorization form required in § 121 did not meet the substantial compliance standard under by the Act. Furthermore, the court held that the death of the party for whom the HIPAA authorization is required does not constitute an extraordinary cause excusing the HIPAA requirement. Finally, the court held the penalty for failure to comply with § 121 did not necessitate dismissal with prejudice.

In Stevens v. Hickman, the patient in question went to the hospital complaining of a fever and shortness of breath. The medical practitioner prescribed several medications, took a cat scan, and then sent the patient home. Within days, the patient went into septic shock and was hospitalized in Nashville where he died several months later. The patient’s family brought a medical malpractice claim. As per §§ 121 and 122, the plaintiffs/family served notice to the medical practitioner and filed the good faith certificate with the court; however, they attached an incomplete HIPAA authorization.

The amendments, §§ 121 and 122, to the Medical Malpractice Act have created some pitfalls for parties wanting to bring medical malpractice claims. Not understanding the onerous pre-suit procedural requirements of the amendments can result in even legitimate claims being dismissed. If you have been injured due to a medical procedure, it is important to speak with a competent attorney who will preserve your case and get you the compensation you deserve.

If you have been the victim of medical malpractice, contact an experienced Tennessee personal injury attorney as soon as possible. With an attorney’s help, you can better determine what course of action will be best for you and your family.  Fill out our contact form online here, or call 615-200-1111 today to speak to a dedicated medical malpractice attorney at Matt Hardin Law.

Bal BS. An introduction to medical malpractice in the United States.,Clinical Orthopaedics and Related Research. 2009;467(2):339-347.