Bartlett Police Officer May Be Responsible for Fatal Tennessee Accident

Earlier this month, a Bartlett police officer was involved in a fatal accident that took the lives of two Tennesseans. According to one local news report, the accident took place at the intersection of Stage Road and Bartlett Boulevard at around 3:40 in the afternoon. 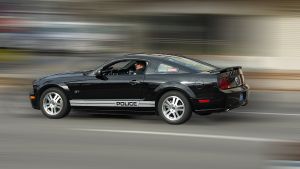 Evidently, the police officer was heading east on Stage Road when he struck another vehicle that was turning south on Bartlett Boulevard. At the time of the accident, the officer was traveling at a high rate of speed, witnesses report. They also told reporters that the officer turned his sirens off before crossing into the intersection.

One witness described what he saw as follows:  “As he went flying by me, I thought, why did he turn his lights off? Is he really going to go through that intersection at that speed? He did and about that time, there was a crash. And then I saw the body coming across the street in a green shirt.”

The police department has remained fairly hush-hush about the accident, refusing to answer questions from reporters. The department did say, however, that the officer was not responding to a call at the time of the accident.

In a recent development, the Bartlett Police Department has asked the Tennessee Highway Patrol for help investigating the accident. This may be because of the potential appearance of impropriety when a police department investigates one of its own.

While policemen put themselves in the way of danger each day as a part of their job for the benefit of the public, sometimes they make critical errors in judgment that can lead to innocent people being hurt or killed. When this happens, the police department can be held responsible for its officers’ negligence.

Holding a police officer liable, as well as the government agency of which he or she is an employee, can be difficult. In many cases, police officers have what is called “sovereign immunity.” Sovereign immunity is a doctrine of law that allows for governments to be immune from lawsuits when they are performing normal government operations. However, when a government official is acting negligently and causes injury as a result, that official is not acting in his or her capacity as a city or state employee.

Have You Been Injured in an Accident Involving the Police?

If you or a loved one has recently been involved in any kind of auto accident involving the police or any other potential defendant, you may be entitled to monetary damages. However, in most cases, potential plaintiffs should prepare themselves fully before bringing suit to avoid any of the unexpected pitfalls that await the unwary. The dedicated attorneys at Matt Hardin Law have years of experience handling cases for injured Tennesseans and know what it takes to win a case in front of a judge or a jury. To learn more, and to schedule a free initial consultation, call 615-200-1111 today.