Earlier this month, a 21-year-old Blountville woman pleaded guilty plea to several charges stemming from a 2012 accident she caused that took the life of a former Tennessee Highway Patrol officer. According to a report by TriCities.com, the woman was traveling on Route 75 when her vehicle crossed the center line for an unknown reason. Another driver traveling in the opposite direction swerved to avoid her vehicle and, as the woman corrected and entered back into her lane, the other driver collided head on with another vehicle. 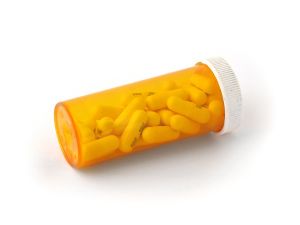 The passenger in the car—a retired veteran of the Tennessee Highway Patrol—was killed in the crash. The driver also suffered minor injuries.

The woman’s blood was tested for the presence of drugs and alcohol and came back positive for a number of prescription drugs, including dihydrocodeinone, an opioid, and alprazolam, an anti-anxiety medication. The amount in her blood was twice the prescribed amount. There was also a partially bunt marijuana cigarette found in the woman’s purse, along with 11 of the opioid pills and anti-anxiety pills.

The woman entered a guilty plea to the following charges: vehicular homicide, driving under the influence of prescription drugs, reckless aggravated assault, failure to drive on the right side of the roadway, possession of controlled substances, possession of marijuana and possession of drug paraphernalia. At sentencing, the woman will face up to 4.5 years in prison, according to her plea agreement.

The woman involved in the accident above had twice the legal prescribed limit of several prescription drugs in her system. Even if the drugs were prescribed by a doctor, the amounts found in her blood rendered her decision to get behind the wheel negligent, if not reckless.

It is a commonly known fact that drugs and alcohol impair not just judgment, but also reaction time. While no one can say for sure, it is a strong possibility that the woman would never have crossed the center line of traffic had she not been under the influence of drugs at the time of the accident.

What Can Accident Victims Do in the Wake of Tragic Accident?

Nothing the family of an accident victim can do will bring back their loved one. However, they can hold the negligent driver responsible for their family member’s death and for their other negligent actions in a court of law. Tennessee law allows a victim’s family to recover monetary damages for their loss under what is called a “wrongful death” action.

Have You Lost a Family Member in a Tennessee Drunk Driving Accident?

If you have recently lost a family member in a Tennessee drunk driving accident, you should speak to a Cookeville personal injury attorney as soon as possible. Depending on the facts of your case, you and other qualifying family members may be entitled to monetary compensation for your loss through a wrongful death action against the drunk or drugged driver. To learn more about he wrongful death laws in Tennessee, click here or call 615-200-1111 today to schedule a free initial consolation.