Late last month a motor vehicle accident on Interstate 40 in Hickman County Tennessee left three dead and six others injured following a domino-effect wreck that involved three vehicles. According to a report by a local news source, the initial collision occurred as a pickup truck attempted to accelerate past a semi-truck in an effort to switch into the left lane. The driver of the pickup truck seemingly miscalculated the lane switch, and contact was made between the semi-truck and the left rear of the pickup truck. This contact caused the pickup truck to spin and eventually flip onto the right side of the highway and simultaneously forced the semi-truck to cross through the median and enter oncoming traffic. The semi-truck then collided with a passenger car head-on. 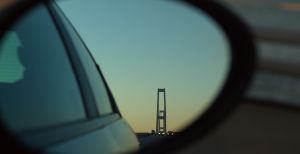 As the investigation is still ongoing, preliminary information does not indicate who will receive citations and charges. Reports have ruled out the involvement of drugs and alcohol.

Measures Against Head-On Collisions
Head-on collisions are undoubtedly one of the, if not the most, severe types of automobile accidents. Separation of traffic through medians is one of the most important preventative measures in avoiding these types of collisions. TDOT reported the median involved in the above accident did meet the legal requirements. Although TDOT is uncertain whether barriers would have made a difference in this particular accident, it is well-reported that these initially expensive barriers do save lives and have long-term benefits.

Several important questions need to be answered, such as how fast the vehicles were traveling. Of particular interest is how the semi-truck lost complete control and crossed a fifty foot median. In addition to direct driver accountability, one can question if there was any sort of vehicle malfunction. The sooner these and similar questions are answered, the more likely the responsible party, or parties, will be charged.

This domino-effect accident and other multi-vehicle accidents are often not crystal clear in terms of who was driving negligently. They frequently require further investigation, and the multiple reports often need intense scrutinizing. The personal injury claims filed for those who suffered from the accident may involve multiple insurances and more than one liable party.

It is crucial to determine the parties at fault. It is highly recommended that those who suffered from a Tennessee car accident contact a Tennessee personal injury lawyer to receive help and guidance in such complex cases.

If you or a family member has suffered injury and harm due to a multi-vehicle accident that you were a victim in, it is in your best interest to contact a Tennessee personal injury attorney with significant experience in these particular cases. At Matt Hardin Law, you will benefit from experienced legal counsel that will guide you toward compensation in your personal injury claim. Our reputable law firm understands the physical, emotional, and mental tolls a serious vehicle accident can have on those suffering from its repercussions. The skilled Tennessee personal injury lawyers at Matt Hardin Law will work for you and give you the help you deserve. Click here or call 615-200-1111 to schedule a free initial consultation.