Posted in Medical Malpractice on August 7, 2014

Infections in hospitals have become more and more common, and one group of Tennessee doctors wants to curb the trend. According to an article by Yahoo! News, a Vanderbilt doctor was accompanying his wife as she was getting a double knee replacement. While he was with her throughout the process, he counted 92 times where a staff member should have washed their hands but didn’t. 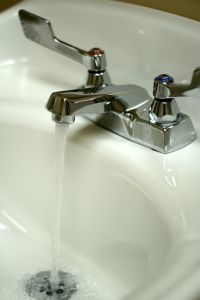 Hand washing is a simple and incredibly effective way to cut down on the spread of deadly infections. Many of the most common and lethal infections are transmitted through unwashed hands, including pneumonia and staph infections. In fact, in 2011, there were approximately 272,000 of these kinds of infections reported in hospitals. Of those, about 75,000 resulted in death.

It is estimated that only about 40-50 percent of the time do medical professionals wash their hands when they should.

So, in 2009, the same doctor who attended his wife’s knee surgery implemented a hand-washing campaign in the hospital. In 2009, the rate of hand washing was 58%. The following years’ numbers are below:

The program used by the doctor took two approaches. First, he sought to make hand-washing more convenient, and second, he tried to focus on education. For example, dozens of hand sanitizer stations appeared throughout the hospital, as did hand-moisturizer stations to cut down on the dry hands that often accompany frequent hand washing.

The second half of the equation, education and accountability, was focused throughout the staff hierarchy, rather than solely on those who were on the front lines. Nurses and administrative personnel were encouraged to politely remind even the high-level surgeons that they should wash their hands at every opportunity.

In the end, the program has worked, increasing the percentage of hand washing to nearly 100%. Hopefully, this will start a revolution of hand-washing programs throughout the state and nation, eventually decreasing the number of preventable deaths due to infections.

The nature of a preventable death is—at the risk of sounding redundant—that it is preventable. Therefore, when a preventable death does occur, it is often due to the negligence of some hospital employee. In such cases, the victim’s family is permitted to bring a lawsuit against those who are responsible for their loved one’s death.

Have You Lost a Loved One Due To a Preventable Infection?

If you have recently lost a loved one, or been injured yourself, by something that you believe was preventable, you may be entitled to monetary compensation for your injuries or loss. Hospitals and hospital workers have a duty to provide safe and thorough care to their patients. When there is a lapse in that duty, serious injury can occur. Speaking to a dedicated Tennessee personal injury attorney will provide you with a better understanding of the relevant law surrounding this type of case and will let you assess the strength of your potential case. Click here, or call 615-200-1111 to schedule a free initial consultation with a dedicated Tennessee personal injury attorney.