Posted in Medical Malpractice on February 26, 2014 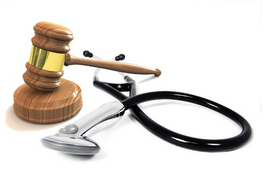 Having your medical malpractice claim dismissed can leave you physically and financially injured without any recourse. Just in the last two months, the Supreme Court of Tennessee dismissed two cases for failure to comply with the statutes, Stevens v. Hickman Community Health Care Services, Inc. and Rajvongs v. Wright. If you or a loved one has been injured by a medical procedure, having a proper medical malpractice attorney can ensure that your case does not violate the MMA resulting in a dismissal.

The Notice and Filing Requirement
The first requirement, Tennessee Code Annotated § 29-26-121 (“§ 121”), requires that a plaintiff notify all health care providers named in the suit sixty days before filing of the medical malpractice complaint. The second requirement, Tennessee Code Annotated § 29-26-122 (“§ 122”), requires that the plaintiff file a certificate of good faith with the court confirming that the plaintiff has consulted with an expert and that the expert has made a determination that there is good faith basis for the law suit to move forward. Both requirements may be waived by the trial judge if the plaintiff can show “extraordinary cause” for not complying with the requirements.

The Myers v. Amisub Ruling
Both of the recent cases relied on holdings found in Myers v. Amisub (SFH), Inc.. In Myers, the Supreme Court of Tennessee ruled on several key issues in the statutes. The plaintiff in Myers had brought a complaint alleging medical malpractice against several medical care providers that had treated his stroke. The complaint had been brought prior to the enactment of the MMA. The plaintiff subsequently dismissed the case and then refiled the case after the passage of the MMA. The plaintiff did not give the § 121 notice nor did he file a § 122 certificate of good faith.

Myers’ Holdings
The Myers court held that (1) both the notice and the filing requirements were mandatory; (2) that the defendant’s previous complaint, prior to the enactment of the MMA, was not substantial compliance since the refiling of the second complaint was an independent action separate from the first complaint; (3) that the plaintiff’s refiling of the complaint after the enactment of the statute was not an extraordinary cause excusing plaintiff’s failure to substantially comply with the requirements. Looking at previous cases, the court stated that extraordinary cause means going beyond what was “usual, regular, common, or customary;” giving possible examples like illness or death of the plaintiff’s lawyer or expert immediately prior to filing.

There are some other important considerations of the Myers ruling. First, the proper way for a defendant to challenge a complaint under § 121 and § 122 is to file a motion to dismiss stating how the plaintiff failed to comply with the statutes. Also, once the defendant requests a motion to dismiss, the burden shifts to the plaintiff to show compliance with the statutes or show that she had extraordinary cause for not complying.

What To When Injured During A Medical Procedure
Myers adds two pre-suit hurdles for victims of medical malpractice errors. Even more detrimental, valid claims may be dismissed if the the plaintiff does not substantially comply with § 121 and § 122 or show extraordinary cause. It is crucial to speak with a competent attorney who will preserve your case and get you the compensation you deserve. If you have been the victim of medical malpractice, contact an experienced Tennessee personal injury attorney as soon as possible. With an attorney’s help, you can better determine what course of action will be best for you and your family.  Fill out our contact form online here, or call 615-200-1111 today to speak to a dedicated medical malpractice attorney at Matt Hardin Law.

Bal BS. An introduction to medical malpractice in the United States., Clinical Orthopaedics and Related Research. 2009;467(2):339-347.