A woman was killed and three children who were riding in her car were seriously injured on March 22 after a man driving an SUV entered the West Virginia Turnpike going the wrong way in Raleigh County near the Ghent toll booth and collided with her vehicle head-on. According to a news report out of West Virginia, the driver of the SUV, a 43-year-old man from Orlando, Florida, exited the freeway near the toll station and re-entered the freeway going the wrong way in the southbound lanes.

After narrowly avoiding several other cars, he crashed head-on into the car being driven by the woman, who was killed in the accident. The driver of the SUV was also injured in the crash and hospitalized until March 24. After he was released from the hospital, the man was arrested and charged with second-degree-murder for his role in the woman’s death. 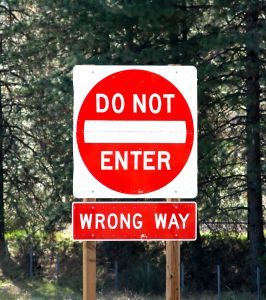 In addition to the very serious criminal charges that the driver of the SUV is now facing, his apparent recklessness may also subject him to significant civil liability to the families of those who were injured or killed in the crash. Even if the man is acquitted of the murder charge, a civil wrongful death lawsuit may still be filed against him by the victims’ families to help with the expenses and losses caused by the accident.

The Burden of Proof in Civil vs. Criminal Cases

To convict a defendant of criminal charges, the prosecution must prove beyond a reasonable doubt that the defendant committed all of the elements of the charged offense. In civil cases, however, there is a lower standard of proof required for a plaintiff to collect damages. An accident victim needs only to demonstrate the defendant’s responsibility for the damages by the preponderance of the evidence. The difference between the beyond a reasonable doubt and the by the preponderance of the evidence standards of proof can be the deciding factor in whether a dangerous driver is held accountable for their actions. The preponderance of the evidence is essentially the same as “more likely than not,” meaning that a defendant can be found responsible for an accident when a jury decides that there is a 51% chance that he or she was negligent.

Beyond a reasonable doubt presents a much higher evidentiary burden for the prosecution. To convict a criminal defendant, the prosecution must prove that there is essentially no possible alternative to the defendant’s guilt. Every member of a jury could believe that there is a 90% chance that a defendant committed the charged crime, but that jury should still acquit the defendant if they acknowledge just a 10% chance of an alternative explanation to the events. These different standards of proof – and the fact that it is much more difficult to prove a defendant’s guilt beyond a reasonable doubt – result in very few accident victims being fairly compensated for their injuries through the criminal restitution process. It is usually necessary for accident victims to file a Tennessee wrongful death or personal injury lawsuit even if the defendant has been convicted of the act for which the victim seeks damages.

If you or a loved one has been injured or killed in a Tennessee auto accident, it is important to contact a qualified attorney quickly in order to have the best chance of being fairly compensated for your loss. The skilled Tennessee accident lawyers at Matt Hardin Law are familiar with the most important legal concepts and most effective strategies in successfully trying accident cases. If you’ve been hurt, it’s not always important whether the other driver gets convicted of a crime or found “at fault” by authorities. At Hardin Law, we help our clients get fair settlements and verdicts, regardless of what the initial accident report contains. Don’t take the authorities’ or an insurance company’s word for it. Let the dedicated advocates at Hardin Law investigate your case and see if we can help. We represent clients in most Tennessee personal injury and wrongful death cases, including auto accidents. Call us at 615-200-1111 or fill out the contact form online to schedule a free consultation.

Mother and Son Killed after Leaving Their Vehicle to Help Crash Victims on I-65, Nashville Injury Lawyer’s Blog, published February 17, 2015.