According to a report by NationSwell, the Tennessee Highway Patrol has a new tool at its disposal to help accident victims by arriving at the scene more quickly, therefore providing more immediate medical care to those who need it. The new program is called the CRASH program, short for “Crash Reduction Analyzing Statistical History.” 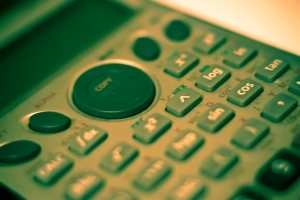 Evidently, the program looks at historical data to predict when and where accidents will occur. The program takes into account all kinds of information that human beings would be incapable of assigning a value to, such as the presence of alcohol vendors in the area, weather patterns, sporting events, and so forth.

Through this predictive analysis, Tennessee Highway Patrol hopes to better utilize its existing resources by directing officers where CRASH indicates that an accident is likely.

How Does CRASH Work?

The science and mathematics behind the system are a bit too complex for this blog post. In short, however, the program looks at historical data across various areas of the city and combines that information with other known factors that contribute to auto accidents. The program spans five-by-six mile squares and breaks the day down into four-hour periods. For example, the report may generate a reading that there is a 44% chance of a serious accident on a given block between the hours of 10 p.m. and 2 a.m.

No program is going to be 100% accurate, but CRASH seems to be doing pretty well. Thus far, the program has proven to be 72% accurate in its predictions. Perhaps as a result of CRASH’s implementation, THP reports that traffic fatalities actually dropped by 5.5% over the past year since CRASH has been used. Of course, other factors may also play a role in that figure dropping, but it certainly isn’t a bad sign.

The program cost THP only $243,000, some of which was paid for by federal grants from the Governor’s Highway Safety Office. In addition to Tennessee, several other states are starting to use this kind of predictive analysis when determining where to deploy their valuable police and emergency personnel.

Preventing Accidents Is Great, But Stopping Them All Is Impossible

Unfortunately, CRASH will not be able to actually prevent accidents. Instead, it can ensure that emergency responders arrive at the scene sooner than they normally would. No doubt this will have a positive impact on the State’s traffic fatalities, but not every accident victim benefits from quicker emergency crews.

Have You Been Injured in a Tennessee Traffic Accident?

If you or a loved one has recently been involved in a Tennessee traffic accident, you may be entitled to monetary damages to help compensate you for your injuries or losses. However, the other driver and his or her insurance company will likely put up a fight and try and deflect as much liability as possible. To prevent an unjust result at or before trial, contact a dedicated Tennessee personal injury lawyer to help you with your case. Matt Hardin Law is a preeminent Nashville personal injury law firm that knows how to handle all kinds of personal injury cases. Call 615-200-1111 to schedule a free initial consultation with a dedicated attorney at Matt Hardin Law today.