Police Dog Jumps Out of Pen and Bites Two People, Sending One to the Hospital

Earlier this week in nearby Arkansas, a police dog jumped out of the pen in which it was being held, ran across the street, and bit two nearby neighbors. According to a report by one local news source, the dog was being kept at the home of one of the officers responsible for his care when the dog jumped over the six-foot fence. 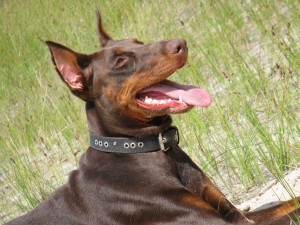 Evidently, the dog then ran across the street and bit two neighbors who were out in their yard at the time. Both victims were injured by the attack, and one had to be hospitalized. The dog was categorized as “vicious,” and therefore it will be penned up for at least 10 days while an investigation is conducted.

The dog, which is a Dutch Shepherd, has been with the police force for about three years.

In Tennessee, dog bites can be classified into two categories, of which the first are injuries occurring on or near the owner’s property. For example, these types of dog bites occur when a dog owner invites a guest over to his or her home and the pet bites the guest.

The second type of dog attack is when the dog attacks someone out in public, away from the owner’s property. An example of this type of attack would be when an unleashed dog attacks someone at a public park. In either case, the dog owner may be liable to the person who was bitten by his or her pet.

When a dog owner fails to do any of the above, and the dog bites someone, that person may be able to seek monetary compensation for his or her injuries in a Tennessee court of law.

Have You Been Bitten By a Dog?

If you have recently been bitten by a dangerous dog while on someone else’s property or in public, you may be entitled to monetary damages to compensate you for your injuries as well as for any pain and suffering caused by the attack. However, there are several defenses that a dog owner may make at trial, so it is best to be as prepared as possible before going down that road. After all, Tennessee accident victims only get one shot at bringing their case. To learn more about the laws in Tennessee that allow for dog-bite victims to recover for their injuries, click here, or call 615-200-1111 to schedule a free initial consultation with a dedicated Tennessee personal injury attorney.