Sleepiness Behind the Wheel on Thanksgiving—There’s More to It Than Just Turkey! 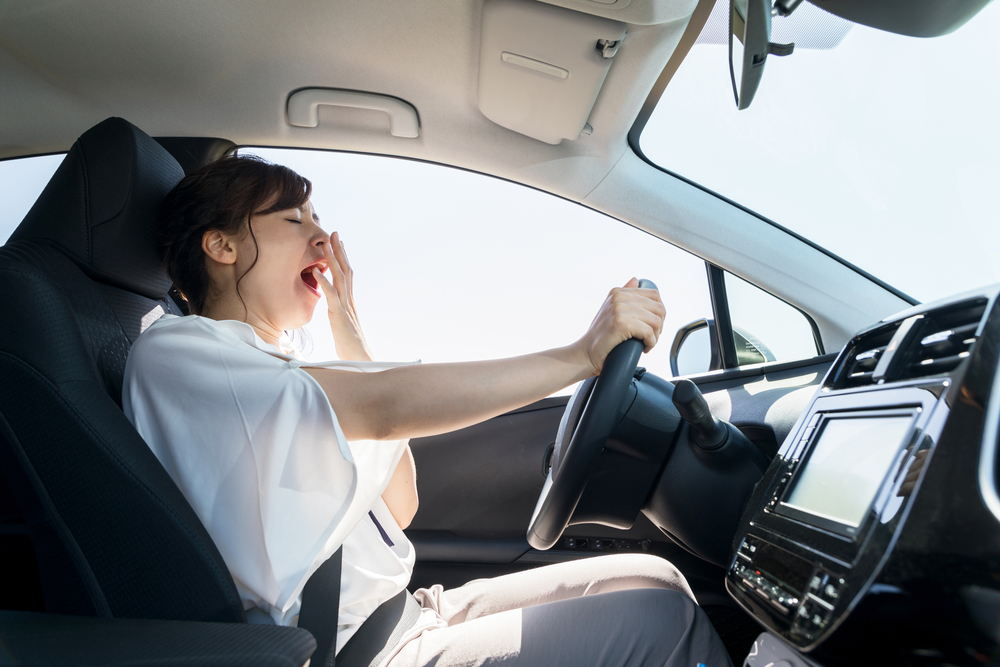 The notion that turkey causes sleepiness is well ingrained in culture now. And it’s not just a real-life meme—there’s scientific evidence backing it up. Turkey contains an amino acid called L-tryptophan, which can cause feelings of relaxation.

But eating turkey by itself typically doesn’t put you to sleep. Instead, people often become sleepy and nod off after Thanksgiving dinner because of a combination of factors.

Yes, turkey can contribute to feelings of sleepiness on Thanksgiving, but when it comes to food, most of that feeling is caused simply by overeating. When you eat, your body re-routes its energy and blood supply to digest and process the food. The result is that you feel temporarily mentally sluggish and exhausted. That’s why so many people want to take a nap after lunch. And when you overeat, which is common on Thanksgiving, the feeling can be even more pronounced.

Overeating is a common problem on Thanksgiving when it comes to unexpected drowsiness, and another involves eating more sweets and carbohydrates than usual and experiencing a sudden spike—then drop—in blood sugar. Let’s face it: Thanksgiving is often chock full of goodies that we normally don’t eat. Whether it’s heaps of dinner rolls, sweet potato casserole, or after-dinner pecan pie, many people’s diets significantly change on the holiday, which can wreak havoc on their blood sugar and their ability to stay alert and focused on the drive home.

Not all families drink alcohol as part of their Thanksgiving celebrations, but some do. Consuming alcohol can magnify the effects of sleep deprivation and overeating. And of course, drinking and driving is always dangerous, even when it’s done without extra risk factors. Drinking with friends and family on a holiday can be more difficult to moderate and more dangerous, especially when you need to drive home immediately after imbibing.

Unfortunately, there are more sleep-related risks associated with Thanksgiving travel than just those associated with the big holiday meal itself. The following risk factors can show up both on your drive to your holiday destination and your return trip home:

Being sleep-deprived in America is the rule for a vast majority of people, not the exception. Combine chronic sleep deprivation with getting even LESS sleep when you know you have a busy and travel-filled day on Thanksgiving and countless Americans are getting behind the wheel while exhausted and sleepy.

Traveling a medium or long distance by car can be dangerous because of the risk of highway hypnosis. Whether you’re only transporting yourself or a carload of kids, you’re still vulnerable to this very real and very dangerous phenomenon. And because interstate travel is often the fastest way to get from city to city and state to state, many drivers are susceptible to highway hypnosis around the holidays due to the monotony of those stretches of road.

More than 131 million Americans take at least one prescription medication. And a significant number of Americans take over-the-counter drugs. And among all medications, one of the most common side effects is drowsiness. Even if you typically don’t feel drowsy after taking a certain medication with that side effect, it’s important to know that it can kick in when you least expect it, especially when combined with other risk factors on this list.

Even if you manage to avoid the effects of highway hypnosis, you can still be at risk of sleepiness behind the wheel on Thanksgiving if your trip is long enough. Safety experts recommend driving for no more than 9-10 hours per day and taking 30–45-minute breaks every 4.5 hours. But because many people travel long distances by car to reach family and friends on Thanksgiving, they try to knock out those drives in a single day, which can be dangerous.

We’re Here for You After a Holiday Auto Accident

If you’re planning on driving to a Thanksgiving gathering this year, know that a few important things you do before the big day and even during your meal can have a big impact on your ability to drive safely to and from your destination. But unfortunately, not all drivers are attentive and safety-focused on the holidays.

If you or someone you love is injured in a crash caused by a negligent driver this holiday season, our Nashville auto accident lawyers want to help. Contact Matt Hardin Law today for a free consultation. We’ve helped many people in your shoes get the compensation they’re owed, and we’ll put our experience to work for you, too.