Last January, a young man with Down Syndrome was killed by police officers moonlighting as security guards in a Baltimore movie theater when he tried to sneak into a movie without a valid ticket. According to news reports released at the time, the police officers handcuffed the nearly 300-pound man, dragged him out of the movie theater on his stomach, and dropped him on the ground. At some point during the confrontation, the man entered cardiac arrest and died a short time later. 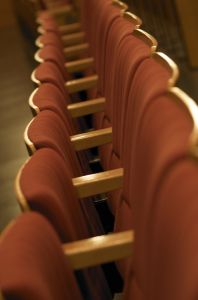 After his death, the man’s parents brought suit against several defendants, including the individual officers as well as the owner of the theater, Regal Cinemas, a Tennessee corporation. The claims against the defendants were several, but they included mostly allegations of gross negligence, violations of the Americans with Disabilities Act, and “failure to train” claims against the State of Tennessee.

According to a recent news article, the judge presiding over the case heard the plaintiffs’ claims in an early proceeding in order to determine which claims had merit and should proceed to trial. The judge determined that all claims against the movie theater should be dismissed, since the movie theater was justified in asking the security officers to remove a man who had entered the theater without a ticket.

However, the judge did allow some of the plaintiffs’ claims to proceed to trial, including the “failure to train” claims against the State of Tennessee as well as the claims of gross negligence against the individual officers. The court determined that there was no emergency situation justifying dragging a man out of his chair. Specifically, the court found that serious injury would be foreseeable when “the decision was made to drag an obese individual with a mental disability out of his chair and down a ramp.”

Also relevant, the court noted, was the fact that the man had an IQ of 40 and was accompanied by a personal caregiver who warned the security guards that the man would not respond well to being physically forced out of his seat.

As you can see from the case described above, the plaintiffs’ strategy was to name all potential defendants in the initial lawsuit, and then allow the judge to determine which defendants bore ultimate responsibility for the incident. This is a common and well-advised approach for Tennessee personal injury plaintiffs because it prevents one party involved in the lawsuit from shifting blame onto another party that is not presently named in the suit. In some cases, if blame for an accident is shifted onto a non-party, the plaintiff may forever be barred from seeking compensation from both the named and unnamed parties.

If you have been in a serious accident that was caused by the negligence of another, you should speak to a dedicated Tennessee personal injury attorney as soon as possible.

Are You in Need of an Attorney?

If you or a loved one has recently been injured in a Tennessee accident that you believe was the fault of another, contact one of the dedicated attorneys at Matt Hardin Law to discuss your case. Attorney Matt Hardin and his staff of skilled lawyers know what it takes to bring a winning case on behalf of their clients and will be happy to set up a free consultation to discuss your case. Call 615-200-1111 today.