A decision released by the Washington State Supreme Court in December 2014 helped clarify the requirements for a plaintiff to be allowed to amend a previously filed complaint in order to sue the proper defendant after the statute of limitations on his or her claim has expired. In Martin v. Dematic, Washington #89924-0 (2014), the state Supreme Court ruled that the plaintiff’s amended complaint against the defendant was not barred by the expiration of the statute of limitations because the original complaint (filed against the wrong defendant) was filed within the required time, and the amended complaint “related back” to the date of filing of the original complaint. Based on this ruling, the plaintiff’s claim will be heard by the court, and she may receive compensation for her tragic loss. 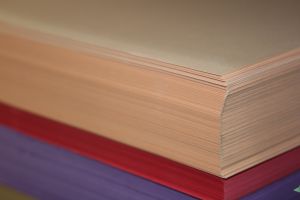 The Facts of the Case

The plaintiff’s husband was killed in August 2004 by a machine at a paper plant. The widow filed a wrongful death lawsuit against GCC, the corporate successor to the company that installed the machine, about two months before the three-year statute of limitations for filing a wrongful death lawsuit had expired. In their answer, which was filed after the statute of limitations for the plaintiff’s filing of a claim had lapsed, the defendants alleged that they were not the parties that were responsible for liability relating to the paper machine that killed the decedent, and they were able to have the plaintiff’s claims against them dismissed.

When the plaintiff attempted to sue the party that was actually responsible for liability relating to the paper machine that killed her husband, the plaintiff’s claim was dismissed because it was not filed until after the statute of limitations had expired. The plaintiff appealed the dismissal, arguing that under Washington Court Rule 15(c) the amended complaint “related back” to the date of the original filing, and the statute of limitations was not violated. The rule that the plaintiff noted on appeal was designed by the legislature to help plaintiffs who inadvertently and excusably sue the wrong person and are unable to discover their mistake until after the deadline to sue the right person has passed.

Successfully filing and prosecuting a Tennessee wrongful death lawsuit is often more complicated than it first appears. Plaintiffs must abide by state and local statutes and rules involving deadlines, jurisdiction, venue, and even who they are able to sue. Failure by a plaintiff to properly file his or her case in accordance with all applicable rules can permanently prevent an victim from receiving any compensation from an accident, even when the victim is in no way at fault. Although the plaintiff in Martin v. Dematic will now have her case heard, this result was only after what was likely a long, difficult, and expensive legal appeal. The best way for an injured plaintiff to receive the compensation that he or she deserves is to hire a competent Nashville accident attorney who will prepare and file the case properly the first time.

Have You Lost a Loved One Due to Another’s Negligence?

The experienced Nashville wrongful death attorneys at Hardin Law know what it takes to get our clients’ cases properly before the court, and we fight for the settlements and awards our clients deserve. If you or a loved one has been injured or killed in an accident, contact us today to help get your case started in the right direction. Call Matt Hardin Law at (615) 200-1111 and set up a free consultation to discuss your case, or fill out a free web form today and see what you can do to get the compensation that you deserve.