Posted in Medical Malpractice on December 29, 2014

Earlier last month in an Indiana court, two doctors were named as defendants in a series of medical malpractice actions brought by a number of former patients. According to a recent report by one local news agency, the two doctors were allegedly performing unnecessary procedures on their patients. 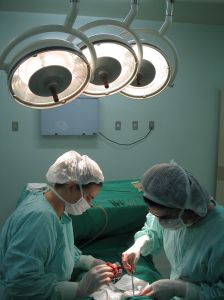 Evidently, a total of 28 lawsuits have been filed against the two doctors, as well as against the medical centers that employ them. Formal complaints have also been submitted to the Medical Licensing Board, as well as the Indiana Attorney General.

The two cardiologists named in the lawsuit allegedly performed unnecessary procedures on numerous patients. The claims against the doctors are numerous. However, a few of them are based on unnecessary pacemaker installation, unnecessary open-heart surgery, unnecessary angiograms, unnecessary stenting, and unnecessary cardiac defibrillator (ICD) implantation.

The lawsuit also names the medical centers and hospitals that employed the doctors, claiming that the plaintiffs’ evidence “raises troubling questions about [the doctors] and his associates and why the hospital did not heed internal warnings they received for nearly a decade.”

Medical Malpractice Based on Unnecessary Procedures

To most people, the term medical malpractice invokes thoughts of medical negligence, perhaps a surgery that was improperly performed leading to disastrous results, or a misdiagnosis that prevented the proper treatment course from being taken until it was too late. However, medical malpractice can also be based on a physician’s intentional recommendation and performance of a procedure that he or she knows at the time to be unnecessary.

When a physician violates a duty to a patient, he or she is liable for any injuries sustained as a result. In cases where there is no injury, per se, but an unnecessary procedure was intentionally performed, damages are not limited to “injuries” but can include amounts for pain and suffering as well as punitive damages in some cases. To learn more about the scope of medical malpractice laws, and the extent of what they cover, contact a dedicated Tennessee medical malpractice attorney today.

Have You Undergone an Unnecessary Medical Procedure?

If you have recently undergone what you believe to have been an unnecessary medical procedure, you may have a viable medical malpractice action against the performing physician as well as any hospital or medical center that employed the physician. Here at Matt Hardin Law, we have represented clients in all kinds of medical malpractice lawsuits for a number of years and know what it takes to successfully bring a suit in any Tennessee court. To learn more about medical malpractice actions, and to speak to a dedicated advocate about your potential case, call 615-200-1111 to set up a free consultation today.